What is anger, abuse and violence? - The Ultimate Guide

One misconception for example, is that “losing your temper" always means that you are acting abusively or violently. However, this isn't always the case.

So, what does anger, abuse and violence really mean?

What are the different forms that they take?

And is anger the same as abuse or violence, or are there differences between these three things?

The answers to these questions may surprise you.

Join me as I explore: 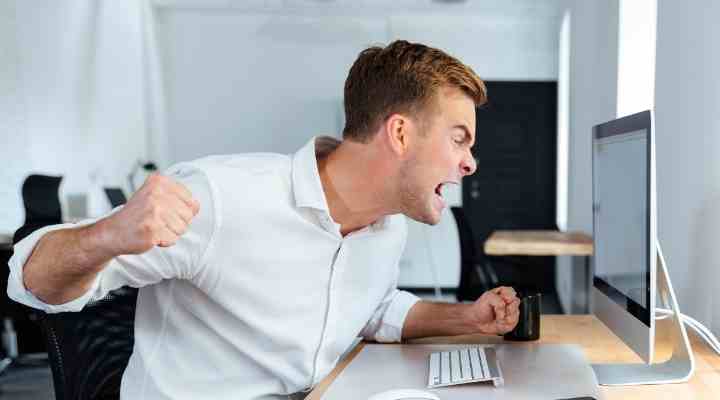 When I teach men how to control their anger in any situation, one of the first questions I ask is this:

Usually I get many responses to this question, such as anger is:

Take a look at these answers.

Once you have thought about these questions for a minute or two, it's time to read on.

What Is Anger: Wikipedia's Definition

A good definition of anger can be found on Wikipedia.

Let’s look at each part of this definition.

There are two things to notice about this sentence.

Most of us know this.

We have all experienced times when anger seems like it takes control of us. It can feel almost impossible to manage this anger. Sometimes anger is so intense we do not even notice when we are angry-we just react to the event that is causing the anger.

The second part of this sentence states that anger is an emotional response.

Anger is a feeling (or an emotion). While this can seem obvious in hindsight many people miss this important aspect of anger. To understand this more let’s look at the definitions of anger given above.

Three of these definitions (namely shouting at someone, hitting someone or acting out of control) are actions. They are not feelings.

To re-state this point:

Anger is a feeling (or an emotion).

Lose Your Temper At Those That You Love?

Take my FREE 60-second quiz to learn the simplest, quickest and most effective way to control your anger now.

Part 2: Anger is a response to a perceived provocation, hurt or threat

The second part of Wikipedia’s definition states that:

“Anger is an emotion that involves a strong uncomfortable and emotional response to a perceived provocation, hurt or threat”.

In other words, anger is a response to a perceived provocation, hurt or threat.

To help us understand this, suppose you are relaxing at home watching television. Your wife enters the room and criticizes you, calling you “lazy” or “unhelpful”.

Many men would perceive these comments as a personal attack on themselves. They then respond to their wife’s perceived criticism with defensiveness, anger or criticism in return.

If you are in this situation however, it is important to keep in mind that there many other ways to perceive your wife’s comments. For example, your wife may be disappointed, hurt or upset. She may be having a bad day looking after the children for example and be struggling to cope. Her criticism of you may be a cry for help.

In other scenarios your wife may be stating a fact. You may”lazy” or “unhelpful” at times-and this time may be one of them!

If you are able to perceive your wife’s comments in these ways, you would be more likely to respond with sympathy or empathy to her-rather than defending yourself or creating an argument.

The point of this example is that there are many ways to perceive any situation, and that it is your perception of the situation that creates our anger.

Let’s summarize what you have learned so far: As with the question “What is Anger?”, this may seem to be a very simple question.

Let’s look at some of the most common answers I get to this question when I ask the men that I work with.

Take a few minutes to think about these answers for yourself.

Think about these questions for a minute or two.

Once you have done this, it's time to read on.

What Is Abuse?: Wikipedia's Definition

“Abuse is the improper usage or treatment of an entity, often to unfairly or improperly gain benefit. Abuse can come in many forms, such as: physical or verbal maltreatment, injury, assault, violation, rape, unjust practices, crimes, or other types of aggression.”

“Abuse is the improper usage or treatment of an entity, often to unfairly or improperly gain benefit. Abuse can come in many forms, such as: physical or verbal maltreatment, injury, assault, violation, rape, unjust practices, crimes, or other types of aggression.”

This definition of abuse clearly covers abuse to both people and to objects. If we focus on abuse to people, Wikipedia says that abuse is:

“the improper treatment of a person, often to unfairly or improperly gain benefit”.

While this is a good definition of abuse, I use a different definition when I work with men and women who experience anger management issues.

What Is Abuse?: My Definition

When working with people who experience anger management issues, I say that whatever abuse is, abuse is an action.

This makes it different to anger-which is a feeling.

So the first distinction between anger and abuse is that anger is a feeling, whereas abuse is an action.

To understand this more look at the definitions of abuse given above.

While the other answers are not wrong-it is more useful to think of abuse as an action (while anger is a feeling).

Once you understand that abuse is an action, the next natural question to ask is:

What types of actions are abusive?

While there are many examples of abusive actions, I find it most useful to group these actions into 5 categories.

Let’s look at each of these categories of abuse in more detail.

Of all the types of abuse, verbal abuse is one of the most common.

Examples of verbal abuse include: A good definition of emotional abuse is:

“Emotional abuse is any kind of abuse that is emotional rather than physical in nature. It can include anything from verbal abuse and constant criticism to more subtle tactics, such as intimidation, manipulation, and refusal to ever be pleased.”

(taken from: “The Emotionally Abused Woman”, by Beverly Engel)

Another way to define emotional abuse is that:

"Emotional abuse is any attempt to hurt someone or make them feel bad in a non-physical way”.

In this definition, verbal abuse is also an example of emotional abuse.

Examples of emotional abuse include:

Emotional abuse has significant effects on people that the abuse is targeted towards. These effects often include:

Over time, emotional abuse can be more damaging than physical violence.

People who have been subject to emotional abuse over long periods of time often report:

The third category of abuse is psychological abuse. This is also sometimes called mental abuse.

Psychological abuse is any type of “mind-game” that affects another person.

In other words, psychological abuse is an attempt to manipulate the thinking of another person.

Some common examples of psychological abuse include:

Lose Your Temper At Those That You Love?

Take my FREE 60-second quiz to learn the simplest, quickest and most effective way to control your anger now.

Examples of physical abuse include:

a) In this blog I will talk about sexual abuse between adults who are in relationship with each other. Sexual abuse of children is very common-however that is not the subject of this blog. If you have been sexually abused as a child it is important to seek help to process this. In most countries there are a variety of agencies and counselors that can help you to do this, and

b) In the examples below I assume the sexual abuser is a man and the victim of sexual abuse is a women. Although this is the most common scenario, it is very important to acknowledge that men also experience sexual abuse in relationships).

The fifth type of abuse to look at is sexual abuse.

Although it is a difficult topic to talk about, sexual abuse is a very common in relationships.

Let’s start by looking at my definition of sexual abuse:

“Sexual abuse is any attempt to pressure your partner to engage in or perform sexual actions against his or her will.”

“Sexual abuse is any attempt to pressure your partner to engage in or perform sexual actions against his or her will.” The usual definition for violence I give people is the following:

“Violence is the improper usage or treatment of an entity, often to unfairly or improperly gain benefit. Violence can come in many forms, such as: physical or verbal maltreatment, injury, assault, violation, rape, unjust practices, crimes, or other types of aggression.”

Have a look at this definition closely.

You may notice that you have seen it before.

This definition of violence is exactly the same as the definition that Wikipedia gives for abuse.

Using this definition means that if you have been abusive in any way to your partner (such as by yelling at her, swearing at her, making threats or putting her down), then you have engaged in an act of violence.

In essence, you are being violent towards your partner.

Many people I work with do not like this statement.

Why Are Abuse And Violence The Same Thing? As I talk with people about abuse and violence, we often discuss their childhood.

Unfortunately, many men and women have often experienced anger, abuse or violence in their childhood.

For example, some people may remember arguments between their father and mother. They may recall their fathers shouting at their mothers, belittling them or telling them they are “good for nothing”, “worthless” or “hopeless”.

At times they may have also experimented abuse or violence from their mothers. Sometimes this is a result of the abuse that their mother has experienced.

Other people may remember experiencing physical abuse as a child. They may have been hit by one parent, for example, after they have done something naughty. Or one parent may have come home drunk and hit them for no reason.

At these times the abusive parent would usually say cruel things-often words designed to hurt, embarrass or humiliate.

When I discuss these events with the men and women I work with, I often ask them which had the most effect on them: the physical abuse or the emotional abuse?

Almost always, the answer is the emotional abuse.

Trevor, a man I worked with recently, said this very clearly.

“I didn’t mind so much the pain when my father used to beat me. But I could tell just by the look in his eyes that he hated me when he was doing this. His look was of contempt, as if he couldn't believe that I had been so stupid. I felt like such a disappointment to him when we looked at me like that. I think I have never recovered from this. That is hard for anyone to cope with-knowing that your father hates you. It still makes me sad when I think about it.”

Verbal abuse, emotional abuse, psychological abuse and sexual abuse can have the same, if not worse effects than physical violence.

For this reason I believe there is no difference between abuse and violence.

OK. Well done! That's the end of a long article!

If you lose you temper at those that you love, or have any issues at all with anger, abuse or violence, take my FREE 60-second quiz to learn the simplest, quickest and most effective way to control your anger in any situation.

If you have already completed this quiz, and would like to learn how to control your anger, enrol in my comprehensive online anger management program now.

Please log in again. The login page will open in a new tab. After logging in you can close it and return to this page.